Home » Movies - Series » The Comedians : TV Show Cancelled After One Season By FX 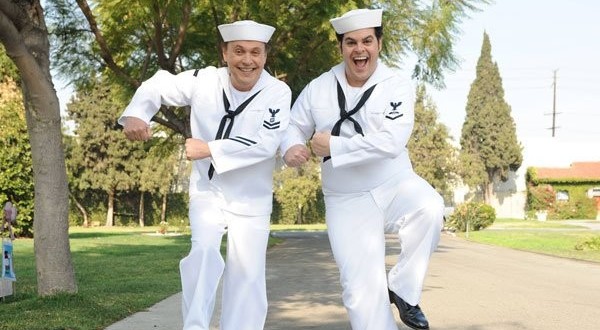 The Comedians : TV Show Cancelled After One Season By FX

The Comedians : TV Show Cancelled After One Season By FX

‘The Comedians’, TV Show Cancelled By FX After A Single Season.

The Billy Crystal and Josh Gad-starring comedy series recently wrapped up on the network after just one season.

Showrunner Ben Wexler revealed the news on Twitter, saying: “#TheComedians is canceled at FX. I could not be more proud of the work we all did.”

Crystal played a veteran comic who is paired with a much younger writer (Gad) to run a sketch comedy series.

But their relationship gets off to a bad start because Crystal’s character objects to being paired with a less-experienced collaborator.

Web articles – via partners/network co-ordinators. This website and its contents are the exclusive property of ANGA Media Corporation . We appreciate your feedback and respond to every request. Please fill in the form or send us email to: [email protected]
Previous: Loredana Nesci Dead at Age 47: Meriden native, reality TV lawyer found dead in “Los Angeles”
Next: Kate Hudson : Actress Is A Vision In Sparkling Sheer Gown (Photo)