Home » Movies - Series » ‘Under the Skin’ : Scarlett Johansson film fails to live up to its title 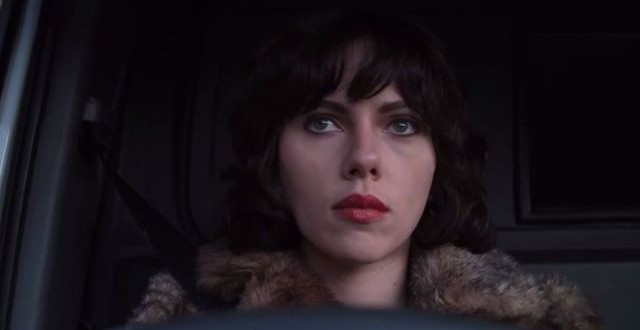 Scarlett Johansson affects deeply in 'Under the Skin'

‘Under the Skin’ : Scarlett Johansson film fails to live up to its title

“Under the Skin” is a movie that poses questions, but seldom provides answers.

It makes you ask: Why is Scarlett Johansson — as a predatory alien named Laura — luring young men to their deaths? What happens to their bodies? Who is that guy on the motorcycle who fixes her mistakes? Is he an alien, too? And so on.

“Under the Skin” is a film that keeps viewers off balance, engaging them with striking imagery and sounds (the soundtrack is amazing), while withholding easy explanations and basic information about motivation and character. It is a challenging, chilly almost avant-garde film that will frustrate some and fascinate others. As for myself, well, I was fascinated.

In the film, an alien in human form lures men off the streets of Glasgow (many of whom were non-actors caught on hidden camera). Their thick brogues render about 70% of what they say unintelligible to North American listeners, but this helps the audience perceive the men as somehow alien themselves, the way Johansson’s character might see them.

Once sexually enthralled and tumescent, the men are brought to an oozing lair of black liquid, and sucked into some inexplicable doom vortex. A guy on a motorcycle monitors the alien’s actions and cleans up after her. She eats a piece of cake, and finds she doesn’t like it. She hangs out in a mall. There’s no explanation, no motivation; no logical framework is provided in Jonathan Glazer’s grand vision. He spent nearly a decade adapting Michael Faber’s comparably accessible novel, a satirical work in which an alien named Isserley harvests physically fit men because their meat is a delicacy on her home planet. Glazer eschews all of that, leaving only two essential questions: What does it mean to look at someone like Scarlett Johansson? More importantly, what does it mean to be human?

The alien displays no empathy during the film’s first half. In one acutely difficult scene, a dog, a mother, a father and finally a baby are all put in severe jeopardy, one after the other. As the desperation peaks, an impassive Scarlett bashes the family’s would-be-rescuer with a rock, much as a person might step on a cockroach.

Later she/it encounters a man with the facial deformity neurofibromatosis. For some reason he’s spared the fate of the others. This kicks off the second half, in which the alien becomes confused by humanity and something like a plot emerges. One man tries to care for her. Another tries to rape her, fails, and lights her on fire. Fin. If those seem like spoilers, note that the nature of this film is such that there’s no way to spoil this experience by describing the bare essentials of its plot.

The trailer highlights L.A. Weekly’s accolade that, “We may finally have an heir to Kubrick,” which is high praise, indeed. The opening sequence does evoke 2001: A Space Odyssey in some minor way, and the Mica Levi score, eerie low lighting and stark compositions all achieve a near-Kubrick level of technical perfection. But what gives the comparison merit is that Jonathan Glazer has made a film completely unlike any that have come before it.

Web articles – via partners/network co-ordinators. This website and its contents are the exclusive property of ANGA Media Corporation . We appreciate your feedback and respond to every request. Please fill in the form or send us email to: [email protected]
Previous: Aging America : Fitness instructor, 98, exudes joy, enthusiasm
Next: Antipsychotics Linked to Less Violent Crime, Study Finds