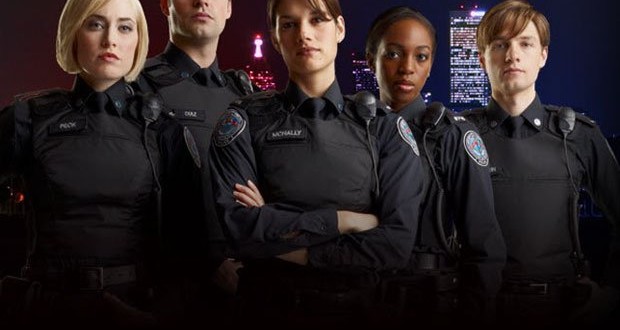 ABC’s summer hit series Rookie Blue has been canceled after six seasons on the air.

Produced in Canada and set in Toronto, the show premiered in 2010 and ran for 74 episodes. It aired on ABC in the U.S. and on Global here at home. It reached its lowest ratings during its most recent season.

The show had reached an appropriate end, with the show’s protagonist getting married in the final episode. Executive producer Ilana Frank said in a statement, “On behalf of the whole Rookie Blue family, thank you to all the fans for your dedication over the last six years. After six fun and dramatic seasons, our story has come to a natural close.”

Frank’s ICF Films is already working on its next project for eOne and Shaw Media, so this won’t be the last we see from this team. She and eOne have a three-year deal in place. As for Officer Andy McNally and the gang, however, their time is over.

Thank you to all our fans for 6 amazing seasons. #ServeProtectAndDontScrewUp pic.twitter.com/76tuwheuV5

Web articles – via partners/network co-ordinators. This website and its contents are the exclusive property of ANGA Media Corporation . We appreciate your feedback and respond to every request. Please fill in the form or send us email to: [email protected]
Previous: Nehemiah Griego: Teen pleads guilty to killing parents, 3 younger siblings ‘Video’
Next: Homer Lee Jackson: Portland man accused of 1980s serial killings (Video)