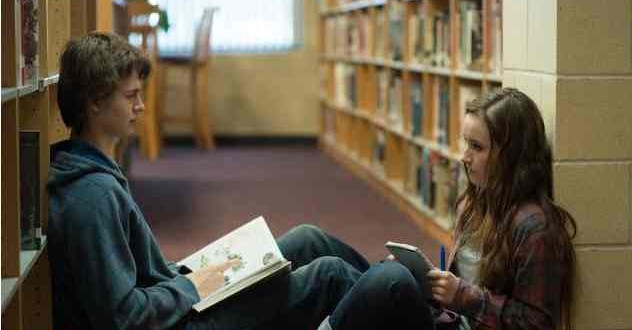 “Men, Women & Children” is probably one of the more deplorable movies I’ve seen in a long time. It’s one of those films like “Traffic” or “Crash” that uses a large cast of seemingly unrelated characters to tackle a single, pressing issue.

The film, adapted from Chad Kultgen’s novel, is about dreary faces in front of digital screens. A grim overview of the way the Internet, smartphones, sexting and all manner of cyber evils are corrupting our waking hours, “Men, Women & Children” makes “Frontline” look like a laugh riot by comparison.

Reitman’s suburban tale artfully weaves a handful of overlapping stories of lonely teenagers and their lonely parents in small-town Texas, all of whom are unable to summon a smile in the two hours of this dour, downbeat melodrama.

A narrator (Emma Thompson) opens the film with an arch, omniscient tone, looking down from space at human civilization. It’s an anthropological perspective that worked for “The God’s Must Be Crazy,” and a better, alternative “Men, Women & Children” might have chronicled the farce of our jumbled digital lives.

But Reitman, whose irreverent, whip-smart knack for personal foibles worked best in “Juno” and “Young Adult,” has instead made a resolutely glum movie — a “Crash” with clicks. He has a gift for finding empathy in the most unlikely of characters — the professional jerk of “Up in the Air,” the runaway convict of his last film, the disappointing “Labor Day” — and that generosity marks each character of “Men, Women & Children” with understanding.

No, the villain here is technology and its unnatural dominance on modern life. Reitman deserves credit for trying to tackle it; how digital technology has woven itself into our lives — shaping and distorting them — is a subject that any filmmaker, any artist, ought to be contemplating.

And there are many smartly observed scenes here that capture familiar glimpses of today’s technology interactions: a more honest commentary by text message during a politely superficial conversation; the typing of a personal Facebook message and then its quick edit with a more banal replacement.
It’s not an altogether negative portrait of the Internet. One girl, for instance, finds true expression on a secret Tumblr page. The film — ambitious to be sure — strives to show how we are mirrored by the many screens that people our lives.

The scenes of budding, awkward-at-first friendship between Elgort’s gamer loner and Dever’s teenager are the movie’s most effecting. But the plotline, just like the rest of the movie (written by Reitman and Erin Cressida Wilson), veers toward the extreme, hammering home the film’s heavy histrionics.

How are the movies to deal with these virtual worlds that now fill so much of our lives? Some, like “Men, Women & Children” or last year’s “Fruitvale Station,” let text bubbles pop up on the screen. Others treat computers like mere apparatus for drama, no different than the guitars in a rock band (“The Social Network”). Probably the most vibrant thread of digital-age cinema has, in futuristic sci-fi tales, uploaded into the strange new worlds (“Avatar,” “The Matrix,” “Her,” the recent “The Congress”).

As a glitch like “Men, Women and Children” makes clear, it’s an ongoing struggle.

Rating: R for strong sexual content, including graphic dialogue throughout — some involving teens — and for language

Web articles – via partners/network co-ordinators. This website and its contents are the exclusive property of ANGA Media Corporation . We appreciate your feedback and respond to every request. Please fill in the form or send us email to: [email protected]
Previous: Maria Menounos : Star Addresses Pregnancy Rumors on Live From E!
Next: Bear Eats Man Who Died Of Heart Attack : Officials