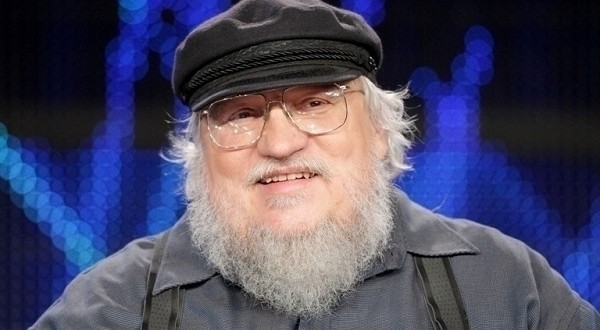 Game of Thrones’ will finish on HBO before book series ends.

George R.R. Martin has resigned himself to the possibility that HBO’s “Game of Thrones” will finish its run before he finishes the final book.

“Anything is possible,” Martin told GeekWire at the Sasquan science-fiction convention in Spokane, Washington.

Martin read a chapter from “The Winds of Winter,” the upcoming sixth book in the “A Song of Ice and Fire” novels “Game of Thrones” is based on. The novels are expected to end with the seventh book.

Earlier this month, HBO’s highest-ranking programming executive said that the network plans for the series to end after its eighth season. Already, HBO has outpaced the books in its fifth season.

“The show is moving forward like a locomotive, or sometimes a jet locomotive,” Martin said. “They’re writing 60-page scripts, I’m writing 1,500-page novels. So who the hell knows?”

Martin said that the thought of the series beating his books previously bothered him, but he has since come to accept that possibility.

“Worrying about it isn’t going to change it one way or another,” he said. “I still sit down at the typewriter, and I have to write the next scene and the next sentence … I’m just going to tell my story, and they’re telling their story and adapting my books, and we shall see.”

While “The Winds of Winter” doesn’t have a publish date yet, HBO is currently shooting the sixth season of “Game of Thrones” with a likely April 2016 return.

Web articles – via partners/network co-ordinators. This website and its contents are the exclusive property of ANGA Media Corporation . We appreciate your feedback and respond to every request. Please fill in the form or send us email to: [email protected]
Previous: Florida officials OK booze-serving gun range : is this a good idea? “Video”
Next: Health insurance costs up 48 per cent, Report