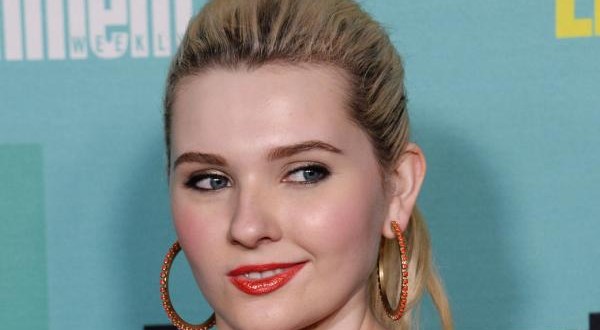 The “Dirty Dancing” remake is back on and has been set to air on ABC, with Abigail Breslin landing the role of Baby.

The new “Dirty Dancing,” from Lionsgate TV, is described as a three-hour event with filmed song and dance performances, adapted from the 1987 classic starring Patrick Swayze and Jennifer Grey.

Andy Blankenbuehler (Hamilton) is choreographer and Wayne Blair (The Sapphires) is director. Eleanor Bergstein, who wrote the script for the film, is an executive producer with The Hunger Games’ Allison Shearmur. The script for the new movie will be written by The L Word’s Jessica Sharzer. The role Patrick Swayze played has yet to be cast.

This will be ABC’s first musical special, although it is not going to be live like NBC’s The Wiz Live! or Fox’s upcoming Grease Live!. Fox is also developing a Rocky Horror Picture Show remake, which will not be live.

Abigail Breslin, 19, was nominated for an Oscar for her role in Little Miss Sunshine and was most recently seen in Fox’s< i>Scream Queens. On the big screen, she starred in Zombieland, Ender’s Game and Perfect Sisters.

As for Dirty Dancing, it was directed by Emile Ardolino and was a box office smash when first released. The song “(I’ve Had) The Time Of My Life” even won the Best Original Song Oscar, so expect it to be heard in ABC’s version. It also spawned the 2004 film Dirty Dancing: Havana Nights.

Web articles – via partners/network co-ordinators. This website and its contents are the exclusive property of ANGA Media Corporation . We appreciate your feedback and respond to every request. Please fill in the form or send us email to: [email protected]
Previous: Pediatricians Unveil New Recommendations For Children’s Medical Screening
Next: Goldie Hawn: Actress Is Not a Fan of Kurt Russell’s Hateful Eight Facial Hair (Video)