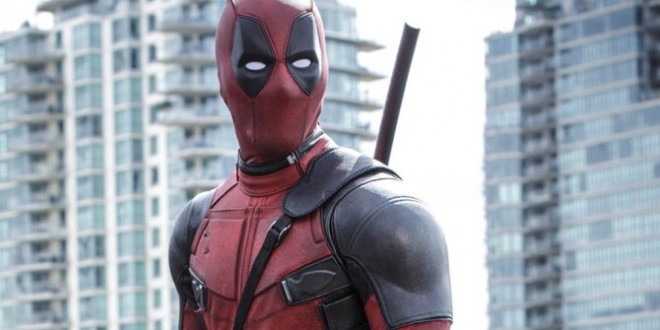 The $135 million opening weekend of Deadpool shattered a ton of of box office records, among them, biggest R-rated movie opening of all-time, biggest February opening, and biggest opening for Fox. The film notched an extra $125 million from international markets for a massive $260 million global launch, a pretty good start for a film that Fox didn’t even want to make.

Projections have the latest Marvel movie to be at around $150 million by the time the four-day weekend ends (the film was made for around $58 million).

These figures blow away the openings of some superhero titles with great pedigrees, like “Man of Steel” ($116 million opening) and 2002’s “Spider-Man” ($114 million).

“Deadpool” shattered the previous February record set last year by Universal’s “Fifty Shades of Grey,” which had a three-day total of $85 million and a four-day of $93 million. “Deadpool” also now owns the biggest Friday opening in the month, with $47.5 million. (“Grey” was also the previous record-holder with $30.2 million.)

Throwing a comic-book movie in February, a time of year in the movie business when studios don’t release their big guns, might seem like a no-brainer. But “Deadpool” is not your typical Marvel movie.

One of Marvel’s most controversial characters with his foul language and graphically violent storylines, Deadpool’s movie, with Ryan Reynolds playing the lead, has been in development for close to a decade. There was trepidation about whether there would be enough of a fan base to come out to theaters, especially as Fox narrowed the audience when it went with a hard R rating. But “Deadpool” proves that you can stay true to a character’s roots and still rake in the dough.

It seems “Deadpool” has tapped into the market of fanboys who wanted to see edgier material on screen and not the regular do-gooders like “The Avengers.” Not to mention that it’s filled with jokes about Reynolds (“Deadpool” has now made more than the entire run of the actor’s last comic-book attempt, “Green Lantern”), digs at other comics, and pop-culture references that give it a unique feel.

This all bodes well for darker comic-book adaptations coming out later this year: “Batman v Superman: Dawn of Justice” and “Suicide Squad” (though neither went the R route, and will be released as PG-13).

“Deadpool” also demolished the weekend competition, as the relationship comedy “How to Be Single” took in an estimated $18 million over three days, and “Zoolander 2” took in a disappointing $13 million, according to Variety.

Now the first “Zoolander” did horrible at the box office, too, but with the cult following it built Paramount was at least hoping for a $20 million opening. Sadly, with a 22% Rotten Tomatoes rating, it might have been better to pass on the sequel.

Web articles – via partners/network co-ordinators. This website and its contents are the exclusive property of ANGA Media Corporation . We appreciate your feedback and respond to every request. Please fill in the form or send us email to: [email protected]
Previous: CBS News Poll: Donald Trump, Hillary Clinton still ahead in South Carolina
Next: Robbery suspect Beardo arrested by police and the FBI, Report