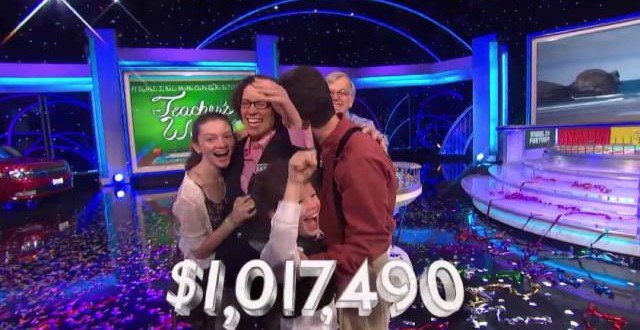 Sarah Manchester, a math teacher from Silver Spring, became the third contestant to win the $1 million dollar grand prize on the popular game show “Wheel of Fortune” during Wednesday night’s episode that aired on ABC 7.

Sarah Manchester will take home about $1,017,500 and a trip to the Dominican Republic after winning the game show, which aired Wednesday night after filming in May.

Manchester says she’s “soaking in every minute” of the win.

Manchester is a math teacher and math team coach at Takoma Park Middle School, which she attended.

WJLA-TV reports that Manchester is only the third “Wheel of Fortune” contestant to win the $1 million prize. The first came in 2008 after the award was first offered, and the second was in May 2013.

Manchester says she plans to use her winnings for her two children’s education and for travel with her family.

Web articles – via partners/network co-ordinators. This website and its contents are the exclusive property of ANGA Media Corporation . We appreciate your feedback and respond to every request. Please fill in the form or send us email to: [email protected]
Previous: Ottawa May Impose Fines on CN Rail, Report
Next: Dad forced son to drink alcohol until he passed out : Police