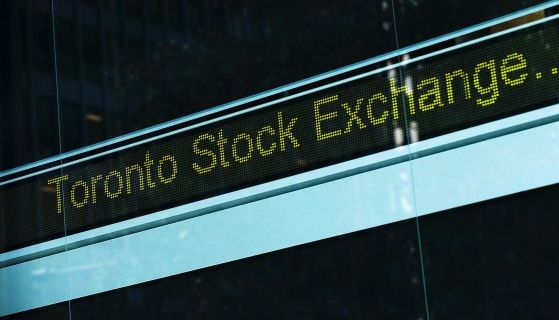 Toronto Stock Exchange’s benchmark S&P/TSX Composite Index added 78.27 points or 0.51 percent to 15,524.82 points, with all the weighed sectors in the green except for utilities.

The equities market in Toronto gained as the latest reading of U.S. GDP increased at an annual rate of 4 percent in the second quarter, indicating a robust recovery of the world’s biggest economy.

Financials, the most weighed sector at TSX, advanced 0.76 percent when investors’ confidence was boosted. Analysts believe the strong growth of U.S. economy would benefit Canada’s economy.

Gains at the TSX were also driven by a rally in the info-tech sector, which soared 2.06 percent when leading company CGI Inc. climbed 0.96 percent to 38.82 Canadian dollars after it posted net earnings of 225.1 million Canadian dollars in third-quarter, representing a year-over-year improvement of 26.3 percent.

However, the utilities moved down 0.98 percent when the Canadian investor-owned electric and gas distribution utility Fortis Inc. lost 0.62 percent to 33.55 Canadian dollars apiece, after the company announced Wednesday morning that an administrative law judge has recommended approval of the proposed acquisition of a U.S.-based energy service provider UNS Energy Corporation by a subsidiary of Fortis Inc.

Web articles – via partners/network co-ordinators. This website and its contents are the exclusive property of ANGA Media Corporation . We appreciate your feedback and respond to every request. Please fill in the form or send us email to: [email protected]
Previous: Winnipeg police exchange gunfire with man in North End standoff
Next: Bradford girl, 15, killed by soccer net