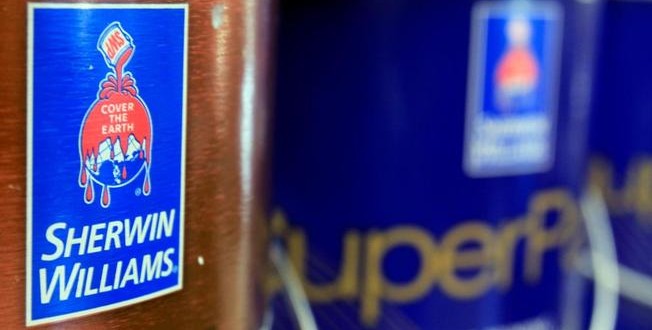 Paint maker Sherwin-Williams has agreed to acquire coatings supplier Valspar in an all-cash deal valued at $11.3 billion that is expected to help its international expansion.

The two companies appear to understand the potential hurdles they face from antitrust concerns and have included in the agreement a drop in the price Sherwin-Williams will pay depending on demands from regulators for divestments in order to let the deal go through. If Sherwin-Williams is forced to divest assets valued at more than $650 million of Valspar’s 2015 revenues, the acquisition price drops by $8 a share. Sherwin-Williams also has the right to terminate the transaction if required divestitures exceed $1.5 billion in 2015 revenues. Both companies say that they believe “no or minimal divestitures should be required to complete the transaction.”

But then, what else would they say? What Sherwin-Williams and Valspar say “should” be the case is a far different thing from what the antitrust bunch “will” say is the case.

One almost certain result of the divestment language is that Valspar’s stock will trade closer to the discounted price of $105 than to the $113 headline price. The deal is not expected to close until the first calendar quarter of 2017, and that’s a long time for Valspar stock to go nowhere but down unless and until the deal is approved.

Web articles – via partners/network co-ordinators. This website and its contents are the exclusive property of ANGA Media Corporation . We appreciate your feedback and respond to every request. Please fill in the form or send us email to: [email protected]
Previous: New research shows testicular cancer ‘cured’ if disease-free for 2 years
Next: Bruce Springsteen signs 9-year-old fan’s tardy note for school (Photo)