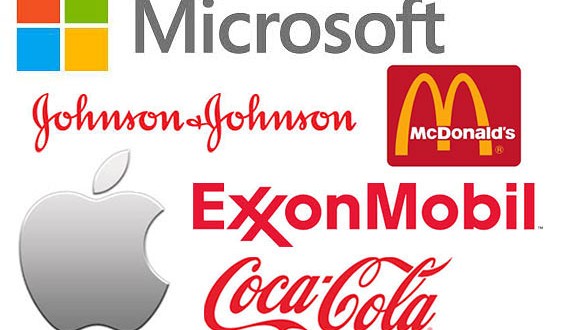 After a stellar year for stocks in the U.S. and other developed markets, what can investors expect in 2014?

If the Federal Reserve’s semi-surprise move to taper its support for the U.S. economy is any indication, you can expect more of the unexpected.

“2014 is going to feel a lot like 2004 and 1994 when the [U.S.] economy surprised to the high side,” says David Rosenberg, chief economist and strategist at investment manager Gluskin Sheff + Associates. But you can avoid being surprised. The current economic and market climate, with a nod to history, offers a reliable map for the investing road ahead.

As you prepare your portfolio for 2014, consider this: U.S. stocks likely will have a good year, not a great one; stock markets in Europe and Japan seem to be on the mend, and U.S. bond holders could be on thinner ice now that the Fed has decided the U.S. economy needs less of its support.

The Standard & Poor’s 500 SPX +1.67% index is up almost 30% so far this year, including dividends. That’s not a misprint. And the slow-but-steady U.S. corporate earnings growth, relatively low interest rates, and low inflation that boosted stock prices in 2013 is likely to continue.

Still, it’s doubtful that the U.S. market benchmark will be even half as generous to stock buyers in 2014. The S&P 500 has enjoyed 20%-plus yearly gains 18 times since 1945, according to S&P Capital IQ; stocks the following year were up about 80% of the time, posting an average 10% gain. Yet unlike in 2013, such positive performance hasn’t come smoothly. Investors in each of those years endured interim market slides averaging almost 12%.

The S&P 500 hasn’t suffered a 10% or greater decline in more than two years. Sam Stovall, chief equity strategist at S&P Capital IQ, sees U.S. stocks tumbling 10% to 20% in 2014 on a rocky path to an ultimately upbeat finish. “Stock market corrections,” Stovall notes, “have not been repealed.”

With the U.S. economy evidently out of the woods, the Federal Reserve has moved to taper the bond-buying program that has subdued interest rates, supported economic growth and spurred stock prices. The prospect of a tapering hurt bond investors in 2013, and the reality is still unwelcome for bond bulls.

That said, the Fed isn’t yanking the punch bowl — at least not yet. It’s important to remember that tapering is not tightening. Both short-term interest rates and fixed-income yields are likely to move higher gradually and marginally, but remain uncharacteristically low.

Still, a rising-rate environment would push longer-term yields higher, depressing prices for 10-year Treasurys and other bonds with extended maturities. Against that backdrop, analysts at investment manager BlackRock recommend that investors favor stocks over bonds.

For the bond portion of a portfolio, they add, consider high-yield corporate securities, which are more stock-like in nature, along with shorter-term fixed-income instruments. “Bond buyers beware,” BlackRock cautions. “There are few bargains in traditional bonds.”

The global economy is looking healthier. Two of its most serious cases, the euro zone and Japan, are in recovery. Research firm IHS IHS +1.45% expects world economies collectively to grow a relatively modest 3.3% in 2014 versus 2.5% in 2013, with the U.S., the euro zone, the U.K. and China standing out.

Stronger global growth is good news for large U.S. companies that count on overseas demand Companies in the S&P 500, for example, average almost half of their sales from outside of the U.S. Shares of big-cap multinationals — especially those in the cyclical technology, energy and industrials sectors — also could benefit from a pickup in U.S. growth and a willingness among consumers and corporations alike to loosen their purse strings.

Web articles – via partners/network co-ordinators. This website and its contents are the exclusive property of ANGA Media Corporation . We appreciate your feedback and respond to every request. Please fill in the form or send us email to: [email protected]
Previous: Barack Obama Awards Medal of Freedom to Clinton
Next: Microsoft Surface 2 Is a Slow-Boiling Hit