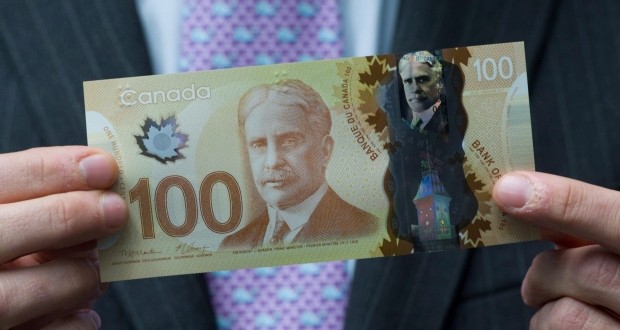 The report by CIBC says Canadians are nervous about the markets and the economy. The $75 billion represents nearly 10% of the total value of personal liquid assets nationally.

“We are currently witnessing the creation of personal cash buffers larger than at any other time on record,” said Deputy Chief Economist at CIBC World Markets Benjamin Tal in a statement. “From a broader perspective, the Canadian economy is losing out because capital is not being allocated efficiently.”

Since the 2008 global financial crisis, excess cash reserves held by Canadians have risen notably and at the current level of $75 billion, they represent almost 10 per cent of the total value of overall personal liquid assets in Canada. In the past year alone, cash positions are estimated to have risen more than 11 per cent – the fastest pace since early 2012.

The report finds that all Canadians are making cash a bigger part of their portfolios. Those under the age of 35 are holding twice as much cash as those over the age of 65, about 33 per cent versus 15 per cent.

“While holding cash can guard against short-term spikes in volatility, it’s certainly a long-term drag on portfolio returns,” added Tal.

Web articles – via partners/network co-ordinators. This website and its contents are the exclusive property of ANGA Media Corporation . We appreciate your feedback and respond to every request. Please fill in the form or send us email to: [email protected]
Previous: Top 10 free and paid apps for the iPhone and iPad in Canada
Next: Depression Screening Recommended for pregnant, postpartum women