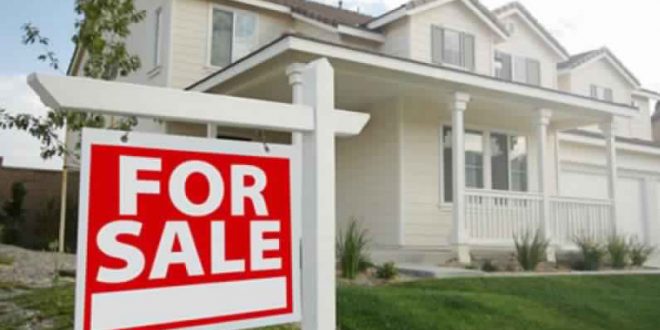 The Canadian Real Estate Association, the industry group representing realtors across the country, on Friday said existing-home sales fell 0.9% from May. Sales in Canada’s most closely watched areas of Vancouver and Toronto were down 5.3% and 1.2%, respectively.

Monthly declines in the past two months have left sales activity 2.6% below a record set in April, CREA said.

On Wednesday, the Bank of Canada highlighted the sharp increases in Vancouver and Toronto home prices and said any expectations for continued growth in those markets may result in heightened sensitivity for a negative shock.

“It’s business as usual in Canada’s housing market, with fire-breathing strength in Toronto and Vancouver, corrections playing out in the oil-exposed markets, while most others fall somewhere in between,” BMO Capital Markets said in a note.

Sales of existing homes were up 5.2% from a year earlier, but year-over-year increases have been steadily losing momentum since February, CREA said. According to the industry group, a total of 45,456 homes were sold in June, down from 45,889 in the previous month.

“While national sales activity remains strong, there are still significant differences in housing market trends across Canada,” CREA President Cliff Iverson said in a news release. ‘While home sales activity and price growth are running strong in B.C. and Ontario, they remain subdued in other markets where homebuyers are cautious and uncertain about the outlook for their local economy.”

National average prices for homes sold in June jumped 11.2% from a year earlier, to 503,301 Canadian dollars($ 390,216). Excluding Vancouver and Toronto, which CREA said “are among Canada’s tightest, most active and expensive housing markets,” the year-over-year increase was a smaller 8.4%.

On Thursday, Statistics Canada said Canada’s new-housing price index for single-dwelling, semidetached and row houses rose 0.7% in May from the previous month. It also rose 2.7% from the same year-earlier period, its fastest pace in nearly nine years. The increase in house prices was largely led by the greater Toronto region as well as the metropolitan area of Vancouver.

Web articles – via partners/network co-ordinators. This website and its contents are the exclusive property of ANGA Media Corporation . We appreciate your feedback and respond to every request. Please fill in the form or send us email to: [email protected]
Previous: Pokemon Go Canada: App Downloads, Usage Soar After Game Launch
Next: 2015 RR245: New Dwarf Planet Found Beyond Neptune