Home » Money » Canadian dollar will drop to 59 cents US in 2016, Macquarie forecasts : Report 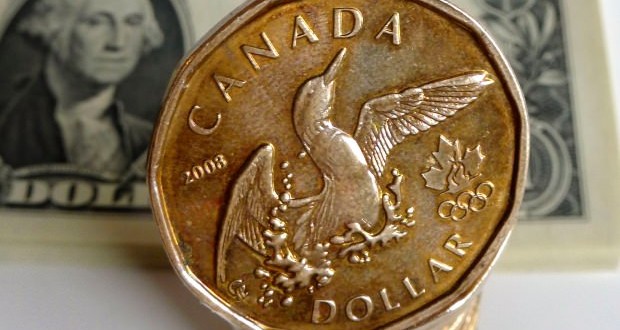 Canadian dollar will drop to 59 cents US in 2016, Macquarie forecasts : Report

Canadian dollar will drop to 59 cents US in 2016, Macquarie forecasts : Report

Macquarie Group analyst David Doyle is predicting the loonie will fall to 59 cents U.S. by the end of this year, due to the ongoing commodity price slump, weak manufacturing and a heavily indebted Canadian consumer.

On Tuesday, Doyle declared the lowering Canadian dollar value forecast to 59 US cents, which was even lower than the all-time low value for the loonie in 2002, amounting to 61.79 US cents. The expert has often been right on the money. In February 2014, when the Canadian dollar was valued at 80 US cents, Doyle predicted that the dollar will slip to 69 US cents over 12 months, which actually happened.

“Once [the loonie] reaches this level,” Doyle said as quoted by CBC Canada, “it should remain subdued through [the end of] 2018 and potentially even longer.”

Doyle said that in case the loonie reaches low record, it will remain so until the end of 2018. “Manufacturing and non-energy exports have far less ability to propel the economic outlook than they have in the past,” the forecaster said. “Many of our oil and oil-related sectors have grown, and lot of our manufacturing sectors have not grown and remained low.”

The declining oil prices have also affected the Canadian dollars. With the reducing North American crude oil benchmark value below US$30 (AU$43.2) per barrel, the oil prices have hit worse values. Such huge decline has been recorded since 13 years on Tuesday.

Web articles – via partners/network co-ordinators. This website and its contents are the exclusive property of ANGA Media Corporation . We appreciate your feedback and respond to every request. Please fill in the form or send us email to: [email protected]
Previous: Tamara Fields Sues Twitter for Giving ISIS a Platform
Next: Canadian Gov’t wants to make antidote to opioids available without prescription