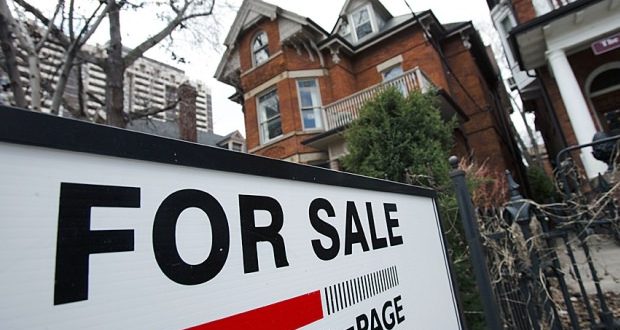 A new report from RE/Max forecasts the GTA’s average housing prices will rise eight per cent compared to Greater Vancouver’s two per cent in 2017.

The average residential sale price increased 13 per cent in Greater Vancouver to approximately $1,020,300 and rose 17 per cent in the Greater Toronto Area (GTA) to an estimated $725,857. Although demand remains high in both urban centres, limited inventory in the freehold market, the new 15 per cent foreign-buyer tax in Vancouver and the recent tightening of mortgage rules by the federal government are expected to soften market activity in the short term. In 2017, RE/MAX estimates average residential sale price will increase by two and eight per cent in Greater Vancouver and the GTA respectively.

Regional markets in close proximity to Canada’s highest-price cities continued to experience steady interest from local move-up buyers and buyers from these cities (“move-over” buyers) who are looking to find a balance between affordability and square footage. This year there were considerable year-over-year average price increases in Barrie (16 per cent), Hamilton-Burlington (20 per cent), the Fraser Valley (20 per cent) and Kelowna (14 per cent).

Regulation changes at both the provincial and federal level towards the end of 2016 are already starting to impact activity in certain markets. The 15 per cent foreign-buyer tax is expected to slow this trend somewhat, as price appreciation declines in Vancouver have resulted in some potential sellers staying in the Lower Mainland. The ripple effect of the foreign-buyer tax can also be felt in the upper end of the GTA and Montreal markets as some foreign investors are expected to look for properties in these regions rather than Vancouver. Measures taken by the federal government to tighten mortgage insurance criteria for new home buyers is expected to temper local rst-time buyer activity across the country in the short term, but is not expected to have a long-term impact in most regions.

Home ownership remains a priority for Canadians, with 53 per cent of respondents in a recent RE/MAX survey conducted by Leger expressing intent to purchase a home and 47 per cent expressing intent to do so in the next five to 10 years. Nearly one in three (30 per cent) Canadians plan to use the purchase of a home as an investment strategy to help fund their retirement, and 42 per cent of millennial respondents view it as a retirement funding strategy. A proportion of Canadians would also consider unconventional home financing options to realize their dream of ownership such as: purchasing a home with a family member (33 per cent); renting a room on a vacation rental site like Airbnb (15 per cent); renting out a room in their home (22 per cent); or even purchasing a home with a roommate (9 per cent).

High inventory continues to be a factor in many regions including Regina, Montreal, Saint John and St. John’s, offering a good selection of product to first-time and move-up buyers in these cities. Local infrastructure projects and initiatives, such as preparations for Montreal’s 375th anniversary celebrations in 2017, are anticipated to provide a boost to these economies and their real estate markets next year.

Web articles – via partners/network co-ordinators. This website and its contents are the exclusive property of ANGA Media Corporation . We appreciate your feedback and respond to every request. Please fill in the form or send us email to: [email protected]
Previous: Family issues statement regarding death toronto doctor Elana Fric-Shamji
Next: Dog visits hospital to say goodbye as owner dies (Video)