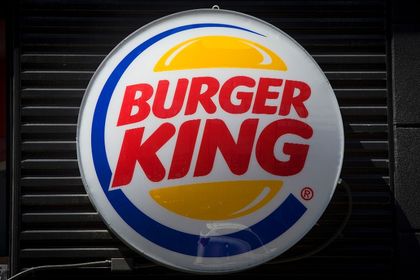 The newly created parent company of Burger King and Tim Hortons reported a strong start to the fiscal year, as system-wide sales for both brands rose by high-single digits in the first quarter.

Sales at Burger King locations open at least 13 months jumped 6.9 percent in the region last quarter, the most in more than nine years, Restaurant Brands said on Monday. The company, formed last year when Burger King took over the Canadian doughnut chain Tim Hortons, posted overall earnings of 18 cents a share, excluding some items. Analysts surveyed by Bloomberg had predicted profit of 15 cents.

Restaurant Brands, the world’s third-largest fast-food company, used promotions and discounted items to boost sales at Burger King in an increasingly competitive industry. The results contrasted with those of McDonald’s, which has struggled to pull itself out of a sales slump. That chain plans to unveil a turnaround plan next week after reporting a 2.3 percent decline in same-store sales last quarter.

Shares of Restaurant Brands, based in Oakville, Ontario, had gained 6.5 percent this year through the end of last week.

Burger King revived a 15-cent nugget special in January, soon after McDonald’s started advertising an order of 50 McNuggets for $9.99, or 20 cents each. The company also brought back the Yumbo ham-and-cheese sandwich after a 40-year hiatus, selling it as part of its two-for-$5 menu.

Total same-store sales rose 4.6 percent in the first quarter. That topped the 2.5 percent growth analysts had estimated, according to Consensus Metrix. Burger King has more than 14,300 restaurants worldwide, including about 7,400 in North America.

Burger King recently announced it would make chicken fries a permanent menu item, an escalation of its battle with McDonald’s over poultry fare. First sold in 2005, Burger King brought back chicken fries for about two months beginning in August and saw sales at established restaurants in the U.S. and Canada jump 3.6 percent.

Web articles – via partners/network co-ordinators. This website and its contents are the exclusive property of ANGA Media Corporation . We appreciate your feedback and respond to every request. Please fill in the form or send us email to: [email protected]
Previous: Montreal taxi bureau has seized 40 UberX vehicles, Report
Next: Jayne Meadows Allen : Actress and TV personality dies at 95