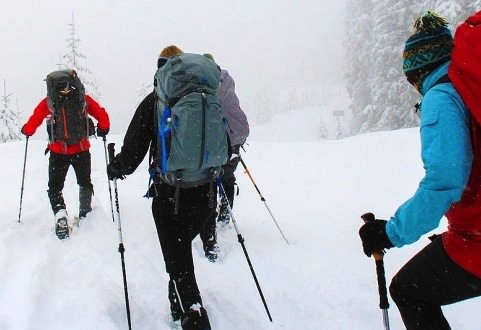 A father and son were found dead by the shores of Lake Louise, buried by an avalanche off of Mount Fairview on Saturday (March 15).

Details are limited at this time, but Parks Canada reports they received a request from Lake Louise RCMP to search for two missing persons near the lake. By Saturday afternoon, a Parks Canada dog handler found the father in son in avalanche debris at the base of Mount Fairview on the shores of Lake Louise.

“Both the father and the son were located inside the avalanche debris flow by a (Parks Canada) search dog,” RCMP Sgt. Jeff Campbell said.

“It’s on the backside of Lake Louise. It’s a slope that people have used to toboggan but I believe it’s a natural avalanche slope.”

While it’s unknown how long the pair were buried in the snow, Campbell said it could have been days. They were last heard from March 9.

Campbell said the father and son were the only members of the family staying in Lake Louise. They checked in March 4 with departure planned for March 14.

Police in Montreal were in the process of contacting family Saturday evening, he said.

No foul play is suspected. Campbell said it appears to be “an accident and a tragedy.”

Web articles – via partners/network co-ordinators. This website and its contents are the exclusive property of ANGA Media Corporation . We appreciate your feedback and respond to every request. Please fill in the form or send us email to: [email protected]
Previous: Rachel McAdams bows out of Passengers, Film Production Delayed
Next: Scherzinger accepts Lewis Hamilton’s fourth marriage proposal