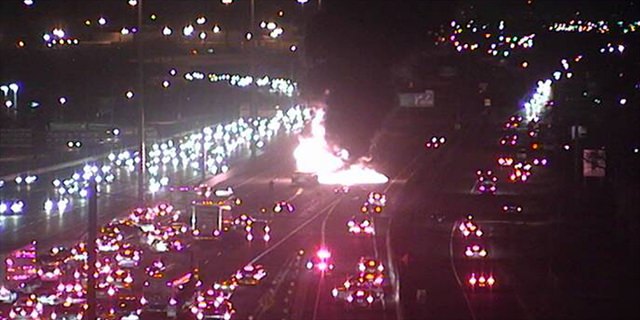 At least two people are dead following a 6 vehicle collision on the QEW in Oakville Tuesday night.

According to a Halton Region Paramedic Services spokesperson, emergency crews were called to the eastbound lanes of the QEW between Trafalgar Road and Royal Windsor Drive around 9:10 p.m.

The Ontario Provincial Police confirmed the fatality, but it is unclear what caused the collision.

One person was taken to local hospital with non-life-threatening injuries.
Emergency crews also had to deal with a fire in the rear of a tractor-trailer at the scene.

It is unknown when the highway will reopen.

Web articles – via partners/network co-ordinators. This website and its contents are the exclusive property of ANGA Media Corporation . We appreciate your feedback and respond to every request. Please fill in the form or send us email to: [email protected]
Previous: Growing potatoes on Mars: ‘Setting course for Martian farming’
Next: Researchers use Wi-Fi to see through walls