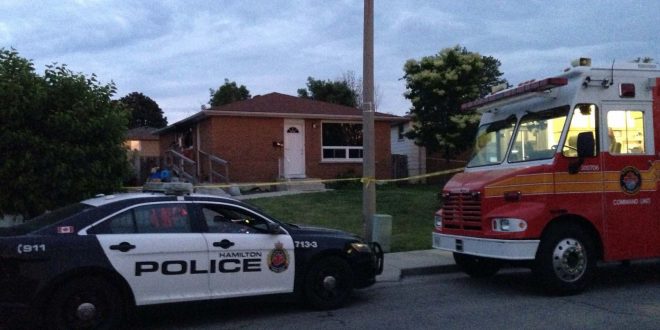 Fire Safety Officer Claudio Mostacci said that the Hamilton Fire Department received a call about the fire at 36 Laird Drive at 12:22 p.m. and found “heavy smoke conditions” when they arrived minutes later.

Mostacci said the three people were pulled from the house and subsequently pronounced dead.

He said one person died at the scene. The other two later died of their injuries in hospital.

There was no immediate information about the victims, nor any word on what may have caused the fire.

However, Iris, a woman who lives next door, said a mother, daughter and son had lived in the home for almost a year.

Neighbours said they did not hear any smoke alarms going off in the home.

Mostacci said the home is a social housing property owned by the City of Hamilton.

The Office of the Fire Marshal is investigating.

Web articles – via partners/network co-ordinators. This website and its contents are the exclusive property of ANGA Media Corporation . We appreciate your feedback and respond to every request. Please fill in the form or send us email to: [email protected]
Previous: Drones ‘could deliver help to heart patients’, research suggests
Next: Two-Headed Porpoise Found For First Time (Photo)