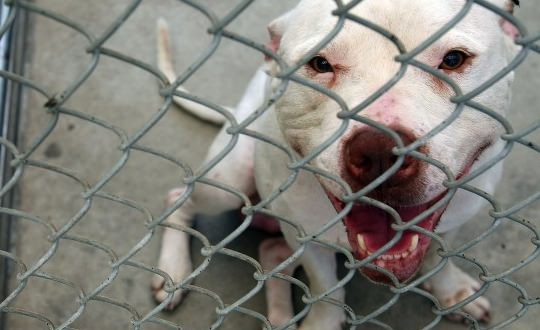 The pit bull that bit a baby girl’s face in west Ottawa yesterday is in bylaw department custody and on a list to be euthanized, police say.

The attack took place in Draffin Court in the Centrepointe neighbourhood of Ottawa at about 9:10 a.m. ET and the baby girl is described as having “multiple severe lacerations” to her face. She’s in serious but stable condition.

The provincial government announced it would ban pit bulls in early 2005, shortly after Ottawa’s Jayden Clairoux, a two-year-old boy, was mauled by three pit bull-type dogs near his home.

Under terms of the ban, which took effect in August 2005, people who already owned pit bulls were allowed to keep their animals, but had to ensure they were neutered or spayed. The dogs are supposed to be muzzled and leashed in public.

What’s not clear is the extent to which the province’s pit bull ban is policed by the city’s bylaw enforcement officers.

One dog owner, Eric Perron, told the Citizen that he has complained about unleashed pit bulls at Bruce pit, only to be told by bylaw services that it does not deal with that legislation.

Mayor Jim Watson, speaking to reporters at the launch of his re-election campaign, said he supported the pit bull ban at Queen’s Park and wants it enforced.

“We know that these dogs are bred for attacking and they have the strong clenching jaw. Sadly, these events teach us each and every time why we need a law like we do,” he said.

“If there are ways to improve that law, I’m certainly open to suggestions, and I’m sure the province would be as well.”

Watson said the city does enforce the ban, which often puts bylaw officers in the difficult position of trying to ascertain the precise breed of an animal.

Web articles – via partners/network co-ordinators. This website and its contents are the exclusive property of ANGA Media Corporation . We appreciate your feedback and respond to every request. Please fill in the form or send us email to: [email protected]
Previous: California Mother Stabbed 7 Month Old Son to Death, police say
Next: Penis size, sex position leading cause of marital infidelity, Study Finds