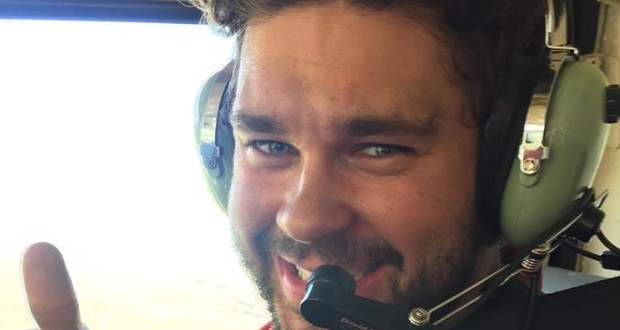 A university student from North Vancouver, Matthew Hutchinson, was among three people found dead in a home in a town south of Rochester on Sunday, according to authorities in upstate New York.

The police identified 24 year-old Hutchinson, who was in his fourth year at State University of New York at Geneseo.

He was a senior defensemen on the men’s ice hockey team and a member of the Geneseo volunteer fire department.

The two others – Kelsey Annese and Colin Klingston – were identified as being a current and former student from the school.

According the Ice Knights’ website, Hutchinson had planned on a professional career as a firefighter, and had spent time fighting fires near Cranbrook this summer with the B.C. Wildlife Service.

In a statement released today, the school says it is “deeply saddened” by the deaths, and that it is assisting with the ongoing police investigation.

As of yet, there has been no word on the cause of death.

A ceremony is being planned for the three victims.

Our thoughts / prayers to family of former Chief Matthew Hutchinson who passed away this morning. #chiefsfamily pic.twitter.com/0S90wSLUMD

Web articles – via partners/network co-ordinators. This website and its contents are the exclusive property of ANGA Media Corporation . We appreciate your feedback and respond to every request. Please fill in the form or send us email to: [email protected]
Previous: Madonna three hours late to concert, possibly drunk
Next: Researchers on course to unravel secrets of Egypt pyramids