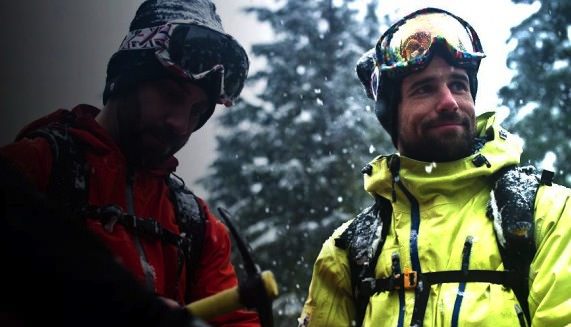 Two of the world’s top skiers, JP Auclair and Andreas Fransson, have been killed following an avalanche in the Andes.

The men, from Canada and Sweden respectively, were swept away while climbing Monte San Lorenzo, a peak on the Chile-Argentina border.

The pair were accompanied by cameraman Bjarne Salen and photographer Daniel Ronnback, both of whom escaped unharmed.

Local authorities confirmed the deaths of Auclair, 37, and Fransson, 31 after spotting their bodies during a fly-over of the mountain.

Neither body has been recovered due to the treacherous conditions at the site of the accident, said Captain Alvaro Herrera of the Carabineros police force in Chile.

The group had arrived in the area last week to film their adventures for an upcoming video series, according to Fransson’s Facebook page.

As a member of the New Canadian Air Force, Auclair has been credited with helping to pioneer modern freeskiing. He also went on to co-found Armada Skis.

Fransson was nearly killed by an avalanche on the Aiguille de Verte in the French Alps four years ago, but escaped with a broken neck.

His close friend and fellow extreme skier Magnus Kastengren was killed in New Zealand last year while on a trip with Fransson when he slipped off a ridge at Mount Cook and plunged 600 metres to his death.

Web articles – via partners/network co-ordinators. This website and its contents are the exclusive property of ANGA Media Corporation . We appreciate your feedback and respond to every request. Please fill in the form or send us email to: [email protected]
Previous: BC likes to stay active, new study reveals
Next: Genetic shocker: Mother’s ex can affect future offspring, Study