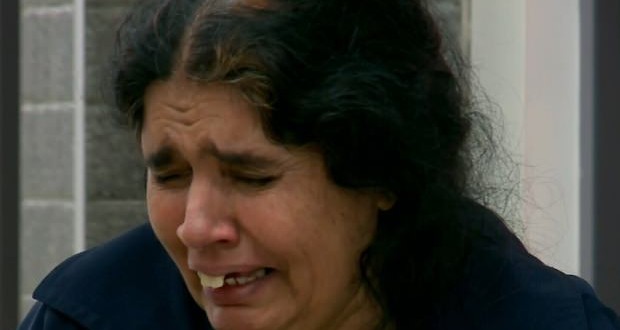 A Saskatchewan woman accused of adultery in her home country has been deported to her native Pakistan, where she fears her life could be in danger.

Jamila Bibi broke down in loud sobs at the Saskatoon airport Tuesday as her journey out of the country began.

Lawyer Bashir Khan says Jamila Bibi was flown out of Toronto on Tuesday afternoon. She had been in detention in Prince Albert, Sask., until officials escorted her late Monday to Saskatoon. She flew out of Saskatoon early Tuesday morning.

Khan added his client has been barred from re-entering Canada on any visa in the future.

Bibi faces a criminal charge for adultery in Pakistan and Khan believes his client is at risk of being killed by her husband’s family in her native land.

On Monday a judge from the Federal Court of Canada rejected Bibi’s latest appeal of her deportation order, setting the stage for her removal early Tuesday morning.

Still escorted by officials, she was put on a plane in Saskatoon and left the province for a connecting flight in Toronto.

Web articles – via partners/network co-ordinators. This website and its contents are the exclusive property of ANGA Media Corporation . We appreciate your feedback and respond to every request. Please fill in the form or send us email to: [email protected]
Previous: Suspect in gangster Sandip Dhure shooting claims Charter rights violated when police seized firearms from apartments, Report
Next: We Day Toronto and Vancouver Line-Ups Announced!