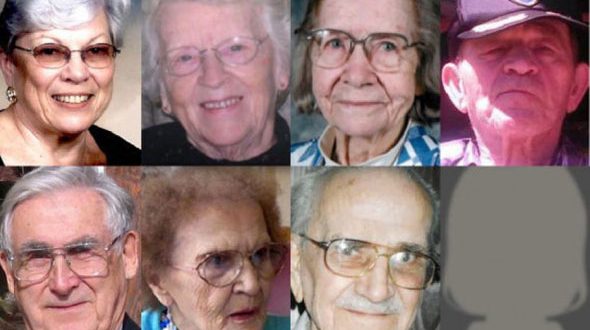 Former nurse Elizabeth Wettlaufer plead guilty Thursday to all 14 charges against her including eight counts of first degree murder.

The murders occurred between 2007 and 2014 and make Wettlaufer, who will turn 50 on June 10, the worst health care serial killer in Canadian history.

In a 57-page agreed statement of facts, the court heard Wettlaufer injected each victim with insulin with the intention of killing them. She stated that she had a “red surging” inside of her that she believed to be God talking with her. As she became more frustrated with her workload and personal life, Wettlaufer would get the “urge to kill.”

After two failed attempts with other individuals, Wettlaufer was successful in her bid to murder on August 11, 2007 when she injected 84-year-old James Silcox with insulin.

The ex-nurse told the court she was particularly angry at Silcox that evening because of his conduct and described her feelings as an “urge to kill him.” She said she felt it was “his time to go” because of the way he acted.

Silcox was found without vital signs by a personal support worker at Caressant Care in Woodstock hours after he was injected.

That sense of anger and pressure returned to Wettlaufer on December 23, 2007, when she felt the strong urge to end the life of Maurice Granat. She told the 84-year-old Tillsonburg native she needed to give him a “vitamin shot,” then injected him with insulin she had taken from the facility’s medical refrigerator. He died a few hours later.

Wettlaufer recounted struggling with 87-year-old Gladys Millard while trying to inject her, but noted she was able to find a location that Millard could not reach or grab her. She admitted Millard’s stubbornness may have played a part in why she was targeted.

Some of the most chilling evidence was included in Wettlaufer’s account of the killing of 95-year-old Helen Matheson. After talking with the nursing staff about her love for blueberry pie, they decided to get her a piece, which Wettlaufer fed to her. It was at that time she decided Matheson should be her next victim.

She said while injecting Matheson with insulin she got a feeling “in my chest area and after I did it, I got that laughter.”

That “feeling inside” and “the laughter” returned to Wettlaufer after she injected Mary Zurawinski, a woman she described as feisty, outspoken, and fun.

In total, Wettlauder murdered seven residents of Caressant Care before she was fired for medication errors. She was then hired by Meadow Park in London, where she would take the life of 75-year-old Arpad Horvath.

Web articles – via partners/network co-ordinators. This website and its contents are the exclusive property of ANGA Media Corporation . We appreciate your feedback and respond to every request. Please fill in the form or send us email to: [email protected]
Previous: Watch: NASA Moon Orbiter Finds Frost at South Polar Surface
Next: Massive Antarctica iceberg on the brink of breaking off, Report