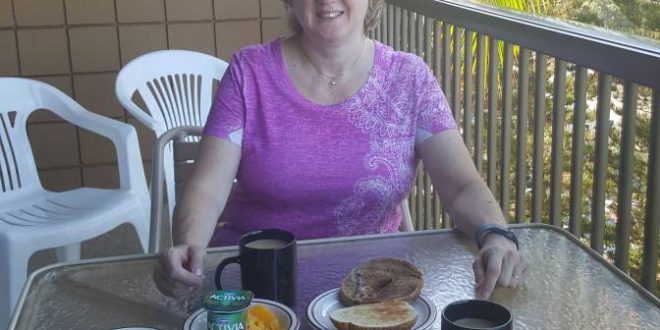 An Edmonton man is mourning the tragic death of his wife after she drowned while the two celebrated their 30-year wedding anniversary in Hawaii in late August.

After enjoying themselves so much in Maui during their 25th wedding anniversary, Pat L’Hirondelle and his wife Debbie decided to return to celebrate another milestone.

On the third day of vacation, they rented snorkeling gear and spent the morning exploring the waters of Keawakapu Beach.

They were swimming on the edge of a reef, watching tropical fish and sea turtles when L’Hirondelle, tired from swimming, decided to turn back toward shore.

He told his wife he was heading back and she promised to follow, he said.

Those would be her last words to him.

When L’Hirondelle turned around, she was nowhere to be seen.

Bystanders helped bring her to shore. Paramedics performed CPR for more than 40 minutes before L’Hirondelle had to give them permission to stop.

“I held her hand and I cried. I looked at her hands and said, ‘I don’t know what to do.’ I told her, ‘Don’t leave me,’” L’Hirondelle said in tears.

That was Aug. 24, five days before their actual anniversary.

“I asked the coroner, if you would’ve taken water in your mouth accidentally then panicked and hyperventilate, he said absolutely. That’s exactly what happened,” he said.

L’Hirondelle is hoping people will hear her story and practice more caution.

“When you’re swimming, be aware of your surroundings as best as you can,” he said.

While he’s still struggling with what he’ll do without his partner, L’Hirondelle is doing his best to keep her memory alive.

“I could not have asked for anyone better in my life to have met,” he said.

Web articles – via partners/network co-ordinators. This website and its contents are the exclusive property of ANGA Media Corporation . We appreciate your feedback and respond to every request. Please fill in the form or send us email to: [email protected]
Previous: Bacteria in throat may indicate joint infection risk in Children
Next: Look Up: Sun Storm May Ramp Up Auroras Tonight!