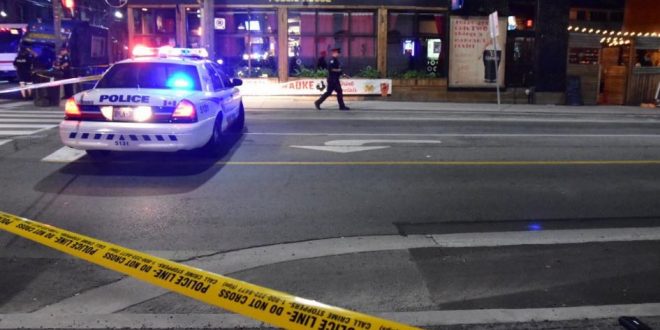 One man is dead and at least two others are injured following a shooting inside a downtown Toronto bar on Monday night.

Police say the shots were fired at about 11 p.m. near Queen and Sherbourne streets.
One of the victims was pronounced dead in hospital and police say the homicide squad has been called in to investigate.

There was no immediate information on the condition of the two other people.

No names or ages or suspect information have been released, nor have police indicated what may have provoked the shooting.

Anyone with information is asked to contact police, or Crime Stoppers anonymously.

Web articles – via partners/network co-ordinators. This website and its contents are the exclusive property of ANGA Media Corporation . We appreciate your feedback and respond to every request. Please fill in the form or send us email to: [email protected]
Previous: Cougar attacks dog in Port Moody: Police
Next: Researchers may have detected a new ‘kind of gravitational wave’