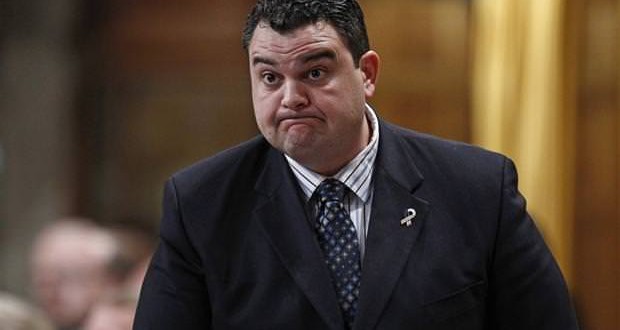 Former Conservative MP Dean Del Mastro, once a political pitbull who defended his party from partisan claims of dirty electoral tricks, has been found guilty of exceeding spending limits during the federal campaign in 2008.

The Elections Canada rules are clear: Anyone convicted of violating the country’s election laws is barred from sitting as an MP and cannot run again for five years. The problem, however, is that the rules don’t outline exactly how a sitting MP can be kicked out of the House of Commons.

If Del Mastro is kicked out, he’ll become the fourth sitting MP forced out of the House since Confederation. The last MP thrown out was in 1947, when Fred Rose was convicted for being a spy.

Del Mastro is now an independent MP after Harper forced him out of the caucus for being charged with violating Canada’s election rules.

The Tories, however, won’t immediately kick him out of his job, which they can do, since they have a majority in the House.

Government House Leader Peter Van Loan said the Procedure and House Affairs Committee should “examine the matter and determine what steps should be taken.”

Del Mastro will be sentenced on Nov. 21.

Web articles – via partners/network co-ordinators. This website and its contents are the exclusive property of ANGA Media Corporation . We appreciate your feedback and respond to every request. Please fill in the form or send us email to: [email protected]
Previous: Kylie Jenner Goes Gray With New Ombré Hair Extensions (Photo)
Next: LeBron James, wife welcome baby girl Zhuri to family