Home » Canada » Cheetah on the loose in the Kootenays: RCMP 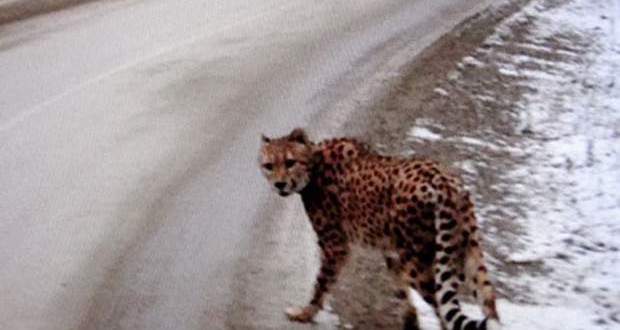 Cheetah on the loose in the Kootenays: RCMP

Cheetah on the loose in the Kootenays: RCMP

A big cat is on the loose in the Kootenays after being spotted hanging out near Highway 3A near Kootenay Bay, about 80 kilometres west of Cranbrook.

The RCMP put out the warning late Thursday night, giving residents in the area of Crawford Bay and Kootenay Bay the heads up, and asking in a news release, “Does anyone know someone who owns a cheetah?”

Creston RCMP say the big cat was spotted along Highway 3a Thursday afternoon in the Crawford Bay and Kootenay Bay areas.

The cheetah was seen at the side of the road near Kootenay Bay by a motorist who took some pictures of the cat wearing an orange cloth collar and called the RCMP.

The Creston RCMP says it is working with British Columbia Conservation Services to try to safely find the animal.

“Until the animal is located people are asked to be vigilant while outdoors, especially with their small children and animals,” Cpl. Dan Moskaluk said in the RCMP release.

“BC Conservation Services advises that a cheetah is typically shy and less aggressive then other members of the Felidae Pantherineae (large cat) family. Regardless of it having a collar on, it should be considered and respected as a wild animal”

If you see the cheetah, you’re asked not approach, but phone 911 or the Controlled Alien Species Unit of the British Columbia Conservation Service at (877)-952-7277.

Web articles – via partners/network co-ordinators. This website and its contents are the exclusive property of ANGA Media Corporation . We appreciate your feedback and respond to every request. Please fill in the form or send us email to: [email protected]
Previous: Slow chewing may head off excessive weight gain in kids, new study says
Next: Florida ‘Fighting Judge’: John C. Murphy Fired For ‘Appalling Behavior’ “Video”