Home » World » Chernobyl drone : This Video Shows the Eerie Parts of Chernobyl Where Only Drones Can Go (Watch) 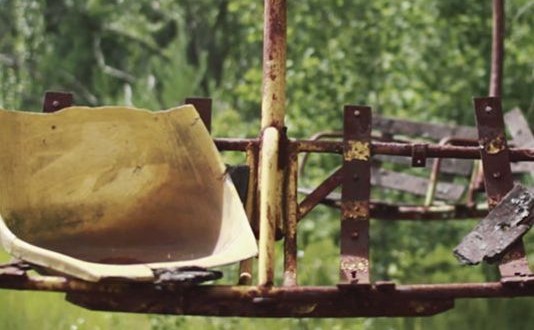 Chernobyl drone : This Video Shows the Eerie Parts of Chernobyl Where Only Drones Can Go (Watch)

Chernobyl drone : This Video Shows the Eerie Parts of Chernobyl Where Only Drones Can Go (Watch)

Incredible drone footage has been released that shows the abandoned remains of Pripyat, a Ukrainian city that was completely evacuated in the aftermath of the Chernobyl Disaster.

Danny Cooke travelled to Chernobyl and Pripyat in Ukraine, which is located near the power station, to create the video, Postcards from Pripyat, Chernobyl.

Around 50,000 people used to live in Pripyat, but it was evacuated after the disaster that killed 31 people and put large amounts of radioactive particles into the atmosphere, reports The Guardian.

Cooke filmed the video while working with a US news crew.

“Chernobyl is one of the most interesting and dangerous places I’ve been,” he says in the video’s sidebar.

“It caused so much distress hundreds of miles away, so I can’t imagine how terrifying it would have been for the hundreds of thousands of Ukrainian citizens who were forced to evacuate.”

Web articles – via partners/network co-ordinators. This website and its contents are the exclusive property of ANGA Media Corporation . We appreciate your feedback and respond to every request. Please fill in the form or send us email to: [email protected]
Previous: Sasha and Malia Obama Thanksgiving row apology (Video)
Next: Boy found in wall : 13-year-old boy missing for four years rescued by police (Video)