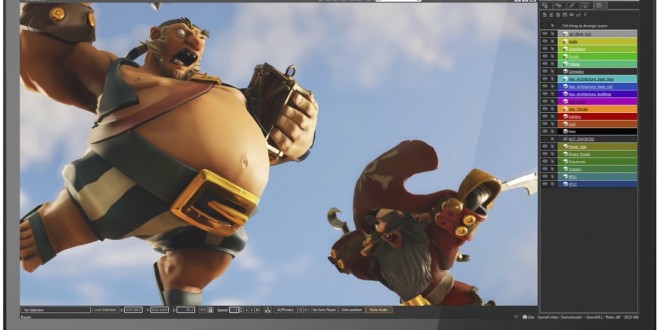 That’s pretty incredible, and there’s no major catch either. If you want to have online functionality you’re encouraged to run it through Amazon’s own servers but other than that, and some Twitch integration, you’re good to go. The system is set up for PC and console titles right now, including specific feature sets for the Xbox One and PS4, and they’ll be adding mobile development tools in the near future.

It’s pretty clear that this tech has been out there for awhile with certain developers and let’s be clear – you still need skills, time and patience to create the kind of work you see in the video. But the first step for many developers of the future is usually access, and with a free and open system like this, the possibilites are endless.

Web articles – via partners/network co-ordinators. This website and its contents are the exclusive property of ANGA Media Corporation . We appreciate your feedback and respond to every request. Please fill in the form or send us email to: [email protected]
Previous: Unsanitary home-based Tattoo Shop Shut Down, Clients Told To Get Tested For HIV
Next: Stench-Ridden Corpse Flower Blooms At University of Minnesota (Video)