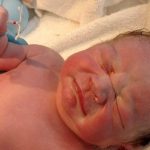 An Alabama baby was allegedly born holding his mother’s Intrauterine Device — the contraceptive that was supposed to prevent her from getting pregnant. Shared online by new mum Lucy Hellein, the photo has garnerd over 70,000 shares on Facebook. When asked if baby Dexter was actually born holding the contraceptive implant in his hand, Hellenin replied, “He was not.” – ... END_OF_DOCUMENT_TOKEN_TO_BE_REPLACED 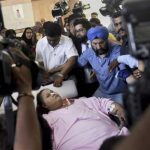 Egyptian national Eman Ahmed Abd El Aty who lost about 325 kilograms after undergoing weight-loss surgery in an Indian hospital left Thursday for the United Arab Emirates for long-term treatment. Eman Ahmed, said to have weighed around 500kg, was flown to India for treatment on a special chartered plane. She has left for Abu Dhabi in the United Arab Emirates, ... END_OF_DOCUMENT_TOKEN_TO_BE_REPLACED 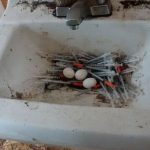 It’s another sign of just how out of control B.C.’s overdose and addiction crisis is getting. A photo posted to Twitter Wednesday by a Vancouver police superintendent shows a bird nest fashioned out of discarded needles, reportedly in a Downtown Eastside SRO hotel. “The image was captured yesterday by our Homeless Outreach Coordinator during an inspection of a vacant room ... END_OF_DOCUMENT_TOKEN_TO_BE_REPLACED 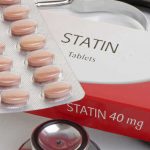 Bogus claims about the risk of statins – the group of medicines that are said to fight cholesterol – may have resulted in tens of thousands of deaths, researchers have said, after a study found the drugs do not cause the claimed side effects that have deterred many from using them. Large studies have used randomised and blinded clinical trial ... END_OF_DOCUMENT_TOKEN_TO_BE_REPLACED 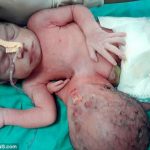 Indian doctors have given a new lease of life to a baby girl who was born with a head attached to her stomach. A team of surgeons removed the head in a four-hour operation. Dr Pravin Mathur, professor and head of paediatric surgery at the hospital, said: “This is one of the rarest cases of parasitic twin. “It was a ... END_OF_DOCUMENT_TOKEN_TO_BE_REPLACED 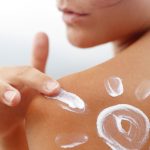 A clinical review published in The Journal of the American Osteopathic Association suggests nearly 1 billion people worldwide have low levels of vitamin D due to sunscreen use that prevents adequate exposure to sunlight. The study also shows that up to 95 percent of adults with dark skin have vitamin D deficiency or insufficiency. Research author Kim Pfotenhauer, DO, from ... END_OF_DOCUMENT_TOKEN_TO_BE_REPLACED 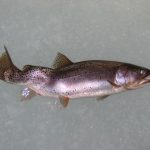 The Canadian Food Inspection Agency (CFIA) has declared the Oldman River watershed infected with whirling disease. The declaration covers all streams, creeks, lakes and rivers feeding into the Oldman River, including those in Waterton Lakes National Park. The affected zone ends at the confluence of the Oldman River and South Saskatchewan River. END_OF_DOCUMENT_TOKEN_TO_BE_REPLACED 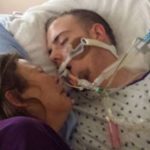 A Calgary mother is taking the heartbreak of losing her son to a fentanyl overdose and turning it into a poignant PSA on the dangers of the synthetic opioid. In a Facebook post, Sherri Kent shared a photo of her holding her dying 22-year-old son, Michael Kent, in his hospital bed, reports the CBC. “This is where I told him ... END_OF_DOCUMENT_TOKEN_TO_BE_REPLACED 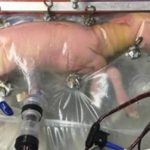 Researchers have managed to keep prematurely born baby sheep alive for four weeks in an “artificial womb” known as a “biobag.” The womb-like environment stimulates prenatal fluid, giving extremely premature babies more time to develop their lungs and other organs, while reducing their chance for death or disability. A team of pediatric scientists developed the system that uses a fluid-filled ... END_OF_DOCUMENT_TOKEN_TO_BE_REPLACED 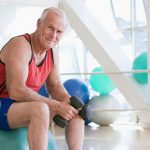 Aerobic and resistance exercises can improve thinking skills of the over 50s, according to new study published in the British Journal of Sports Medicine, and led by University of Canberra researchers. Those mind-strengthening benefits even provided a boost to those who were already suffering from mild cognitive impairment, which is often a precursor to Alzheimer’s disease and dementia. The scientists ... END_OF_DOCUMENT_TOKEN_TO_BE_REPLACED

Scientists Discover a Caterpillar that Can Eat Plastic 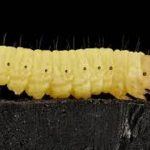 Scientists have discovered a species of caterpillar capable of eating a common form of plastic. What lessons can nature teach us about cleaning up the nearly indestructible pollutant? Galleria mellonella caterpillars are more typically referred to as “wax worms” because they live out their larval stage as parasites in beehives, where they consume beeswax. They’re extremely widespread and represent a ... END_OF_DOCUMENT_TOKEN_TO_BE_REPLACED