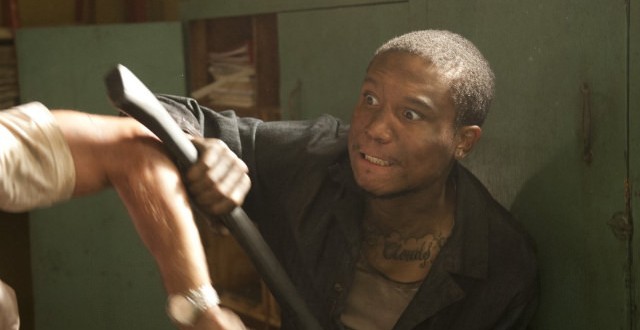 Markice “Kesan” Moore, an actor from the hit show The Walking Dead, reportedly attempted suicide earlier this week and explained why he was doing so in a video.

The actor was found on Tuesday, Feb. 17 after an apparent overdose. Moore was later taken to the hospital where he was placed on a 5150 psychiatric hold. He has since been released and is undergoing therapy.

The actor began his career in Hollywood in in 2006 in the film “ATL.” He also appeared on the reality series “From G’s To Gents.” In three episodes of the long running AMC series, Moore played former prisoner Andrew.

The television actor was found unresponsive in a bathtub at his home.

“At this time, Mr. Moore is focused on getting the help he needs and moving forward with his life to live it to the fullest,” Moore’s manager revealed to Us Weekly. “He has a bright future ahead of him that he is looking forward to. We ask that you respect his privacy while he is taking time to heal and keep Markice and his family in your prayers.”

Web articles – via partners/network co-ordinators. This website and its contents are the exclusive property of ANGA Media Corporation . We appreciate your feedback and respond to every request. Please fill in the form or send us email to: [email protected]
Previous: Puddle of Mudd singer arrested at Denver airport after riding luggage carousel
Next: Bobbi Kristina Update: Feud grows between Bobby Brown and Bobbi Kristina’s boyfriend Nick Gordon