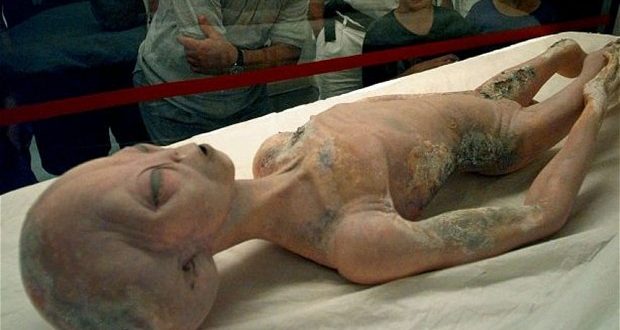 The leaked email, sent by Edgar Mitchell to John Podesta, also suggests the Vatican is aware of extra-terrestrial intelligence (ETI).

Edgar Mitchell, who worked on the Treaty on the Prevention of the Placement of Weapons in Outer Space, wrote: “We’re arguably closer than ever to war in space. Most satellites orbiting Earth belong to the US, China and Russia. And recent tests of anti-satellite weapons don’t exactly ease the scare factor.

“It sounds like science fiction, but the potential for real-life star wars is real enough.”

He included links in the e-mail to several online articles on the possibility of war in space pooled from various sources.

He said: “Take a moment to think about everything satellites do. GPS, surveillance and communications all depend on them. And the Scientific American notes you can disable satellites without missiles. Simply spray-painting lenses or breaking antennas is enough.”

She has vowed to open America’s top secret X-Files, containing details about UFOs and military base Area 51 in the Nevada desert if she becomes president in November.

Earlier this year she was a guest on radio show Power 105.1 Breakfast Club in New York where she met host Lenard McKelvey – also known as Charlamagne the God – who believes he has been abducted by aliens several times.

She told Mr McKelvey she would open tyne files unless it posed a threat to national security.

When asked whether she believed in aliens, Mrs Clinton replied: “I don’t know. I want to see what the information shows.

“But there are enough stories out there that I don’t think everybody is just sitting in their kitchen, making them up.

“I think that people see things. What they see, I don’t know. But we have got to try to give people information. I believe in that.”

Web articles – via partners/network co-ordinators. This website and its contents are the exclusive property of ANGA Media Corporation . We appreciate your feedback and respond to every request. Please fill in the form or send us email to: [email protected]
Previous: T-Mobile CEO John Legere offers free trip to Mars – with one huge catch
Next: Official Engine Specs for the 2017 Ford F-150 Raptor (Video)